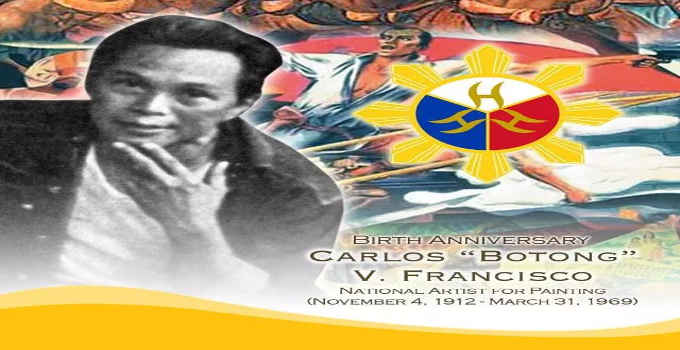 Carlos V. Francisco, the poet of Angono, single-handedly revived the forgotten
art of mural and remained its most distinguished practitioner for nearly three
decades.

Botong’s unerring eye for composition, the lush tropical sense of color and an
abiding faith in the folk values typified by the townspeople of Angono became
the hallmark of his art.

His other major works include the following: