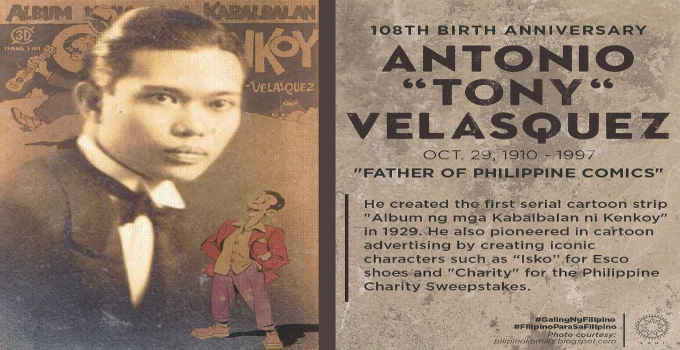 Antonio “Tony” Velasquez is considered as the Father of Philippine Comics.

He also pioneered in cartoon advertising by creating iconic characters such as “Isko” for
Esco shoes and “Charity” for the Philippine Charity Sweepstakes.