The Gate of Fort Santiago. 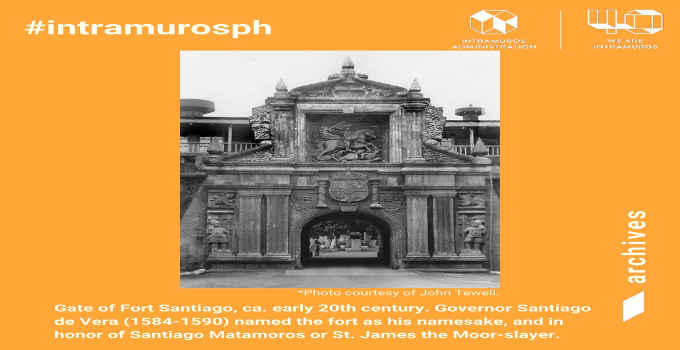 It was built between 1589 and 1592 on the former site of the wooden citadel of
Rajah Soliman, ruler of Manila.

Governor Santiago De Vera (1584-1590) named the fort as his namesake and in
honor of Santiago Matamoros or St.James the Moor-slayer.

The Gate of Fort Santiago was later constructed in the early 20th century.