The Commission of Appointments Confirmed the Appointment of 38 Philippine Foreign Service Officers.

The Department of Foreign Affairs (DFA) extended its gratitude to the Commission of Appointments for the smooth confirmation of 38 Philippine Foreign Service officers on 15 August 2018. 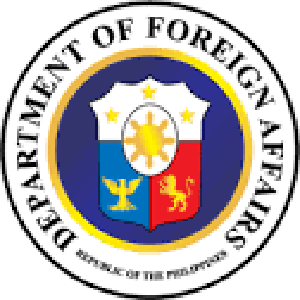 The Commission on Appointments (CA) consists of the President of the Senate, as ex-officio  Chairman, 12 Senators and 12 Members of the House of Representatives, elected by each house on the basis of proportional representation from the political parties and parties and organizations registered under the party-list system represented therein.

The Department also congratulated the officers for the confirmation of their ad interim appointments.

“On behalf of the Department, I thank the Commission for its trust and confidence in the career corps and for confirming the appointment of our latest batch of officers,” Foreign Affairs Secretary Alan Peter S. Cayetano said.

“I wish to also congratulate our newly confirmed officers. This is the fruit of your competence, professionalism, and hard work. I have full confidence that you will not rest on your laurels and continue to perform your duties to promote our foreign policy objectives,” Secretary Cayetano added.

The CA also confirmed the appointment of Ma. Hellen Barber-De La Vega as Ambassador Extraordinary and Plenipotentiary to the Commonwealth of Australia, with concurrent jurisdiction over Nauru, the Republic of Vanuatu and Tuvalu.

Ambassador De La Vega started her 36-year diplomatic career in 1982 as a research clerk at the Office of American Affairs. She rose from the ranks and had served in various capacities in Los Angeles, Myanmar, Beijing, Tokyo, Madrid, and Jakarta.

Ambassador De La Vega is currently the Assistant Secretary for ASEAN Affairs and recently received the Order of Sikatuna Award with the Rank of Datu for her contribution to the successful hosting by the Philippines of the 50th ASEAN Summit in 2017.