Members of the commission on appointments confirmed the appointment of new DAR Secretary John Castriciones during its deliberation on May 30, 2018, held at the Senate in Pasay City, Philippines.

He studied in the Philippine Military Academy and is a member of the PMA Maharlika Class 1994 before studying law at the San Beda College of Law and Arellano Law School where he was a consistent Dean’s Lister.

After passing the bar exams in 1990, he pursued further studies and obtained a master’s degree in comparative government and international law from the prestigious Notre Dame University in London Law Centre, UK. His masteral thesis, “The Viability and Wisdom of Adopting the Jury System in the Philippines Legal System” earned him a Grade A, which was consequently published in the Arellano Policy Review. 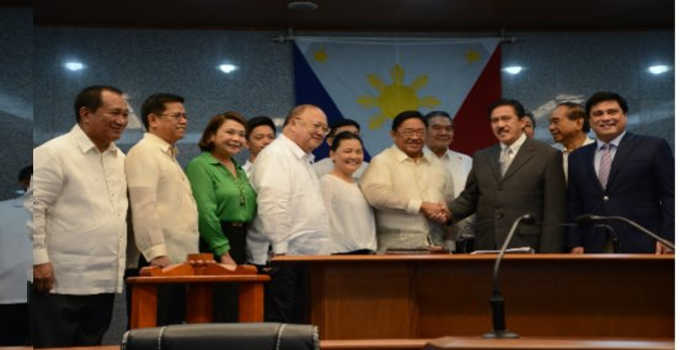 DAR is the lead government agency that upholds and implements comprehensive and genuine agrarian reform which actualizes equitable land distribution, ownership, agricultural productivity, and tenurial security for, of, and with the tillers of the land towards the improvement of their quality of life.

CARP, or the Comprehensive Agrarian Reform Program, is the redistribution of public and private agricultural lands to farmers and farmworkers who are landless, irrespective of tenurial arrangement. CARP’s vision is to have equitable land ownership with empowered agrarian reform beneficiaries who can effectively manage their economic and social development to have a better quality of life.

The legal basis for CARP is the Republic Act No. 6657 otherwise known as the Comprehensive Agrarian Reform Law (CARL) signed by President Corazon C. Aquino on June 10, 1988. It is an act which aims to promote social justice and industrialization, providing the mechanism for its implementation, and for other purposes.

The New Dar Secretary will surely do a good job given his impressive educational and work background.