The Philippines has a new DOJ  Secretary.

His name is Menardo Guevarra.

The President of the Philippines told him to bring back the DOJ’s dignified image.

The New DOJ secretary said that though the President does not see him that much, yet he has entrusted such a sensitive position.

The New Secretary further said that he was overwhelmed with such confidence.

Vitaliano Aguirre, the former DOJ Secretary, said that he is not sad that his term has ended rather he is thankful that it happened and is eternally grateful to all.

He humbly asked everyone to welcome with the same degree of enthusiasm and cooperation, more if need be, the team of the incoming New DOJ Secretary Menardo Guevarra.

Menardo Guevarra has a bachelor of arts degree major in Political Science at the Ateneo de Manila University. He obtained this degree in 1974. 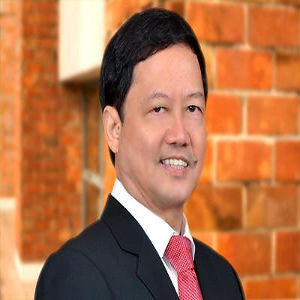 He will now head one of the Philippines largest government departments.

What is the job or function of the DOJ, you might ask?

He will also have administrative control and supervision over the following attached  government agencies:

The DOJ’s functions, however, are not limited to the above.