Home  »  Government   »   The President Named Oscar Albayalde As The New PNP Chief How Well Do You Know Him?

The President of the Philippines named Oscar Albayalde as the new PNP Chief.

How well do you know him aside from the fact that he is presently the Chief of the National Capital Region (NCR) and was an executive officer of the Directorate for Plans in Camp Crame and Pampanga’s provincial police chief before that?

8 Facts You Need To Know About The New PNP Chief Oscar Albayalde. 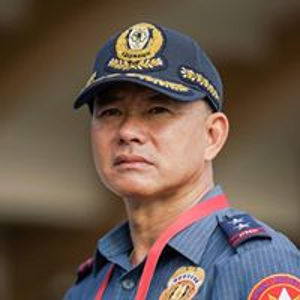 Oscar Albayalde, the new PNP Chief is a recipient of the prestigious Most Outstanding  Kapampangan Award (MOKA), the only director in the PNP recognized by the provincial government for its contribution to the province in fields of Law Enforcement.

2. He loves to ride big bikes like the Philippine President

3. He is smart. He is a member of the Philippine Military Academy “Sinagtala” Class of 1986.

He earned more academic distinctions than anyone in his class as he was also a Dean,  Academics and Superintendent lists.

5. Upon graduating from the Philippine Military Academy in 1986, he chose to serve in the then Philippine Constabulary. He served mostly in Central Luzon.

7. He is a ‘doer” and a strict disciplinarian kind of leader.

Albayalde’s tack was unprecedented in the PNP, that no less than the PNP-Internal Affairs Service has decided to duplicate his night visits.

For the first time, the NCRPO, under Albayalde, has not only met its yearly
accomplishments, but even surpassed them.

Last year the NCRPO managed to pull down crimes against persons by 13.87 percent and  crime against properties by 20.58 percent

During his tenure as NCRPO Chief, The NCRPO’S “8-Focused Crimes” also decreased.

8. He is a great public servant and received various awards and commendations.

Based on the above traits, qualifications, and accomplishments of the new PNP Chief, the Philippine National Police as an organization are in good hands.