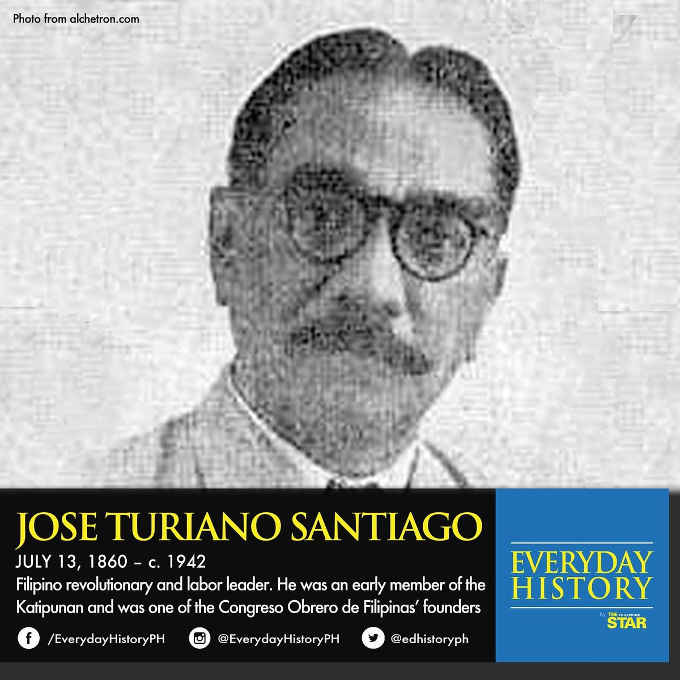 On this day, July 13, in 1860, Filipino revolutionary and labor leader Jose Turiano Santiago was born in Trozo, Manila. He and his wife Marina Dizon were members of the Katipunan, where his father-in-law Jose Dizon was a founding member.

He was arrested following the outbreak of the 1896 Philippine Revolution but was released in 1897. He later joined Pres. Emilio Aguinaldo’s Revolutionary Government as Nueva Ecija’s representative in the Malolos Congress.

The Americans captured him in 1898, but he later fled to Hong Kong where he stayed until after the war. He was one of the founding members of the Congreso Obrero de Filipinas, which was established on May 1, 1913. He died in 1942.

On this day, July 13, in 1883, Henry Otley Beyer, considered as the “Father of Philippine Anthropology,” was born in Iowa, USA.