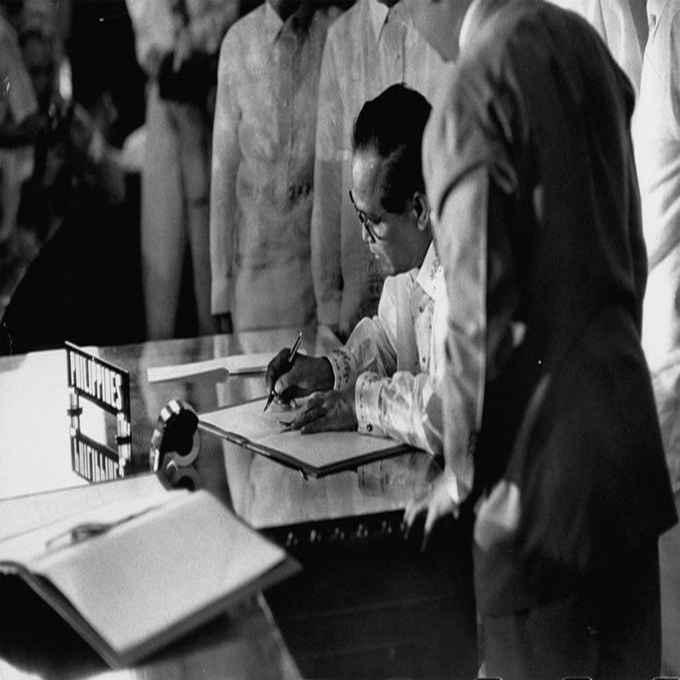 Context: Earlier, the Garcia administration prosecuted a Quezon City NAMARCO rice retailer allegedly selling rice at P1.20, when by law, imported grains should be sold at P. 0.85. Corruption was a problem in government offices, especially with imports, as these outnumbered the Philippines’ exports.

The Administrative Order (AO) prohibits all government officials from dealing “directly or indirectly” with all relatives of the 4 high officials of the land up to the 3rd degree (by affinity/consanguinity) in “business, transaction, contract, or application with the government…”

The four high officials cited are part of the presidential line of succession according to the 1935 Philippine Constitution. Note that Garcia as VP assumed the presidency upon the sudden death of Magsaysay via a plane crash.

Image Credit: Kristoffer Pasion | @indiohistorian via Photos from the Presidential Museum and Library 2010-2016