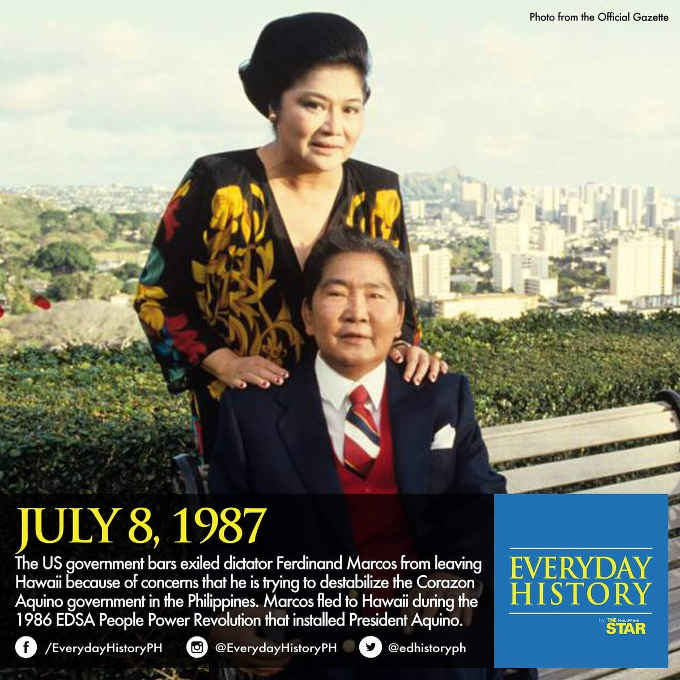 On this day, July 8, in 1987, the US government bars exiled dictator Ferdinand Marcos from leaving Hawaii because of concerns that he is trying to destabilize the Corazon Aquino government in the Philippines.

The move was prompted by a report to the Justice Department by two lawyers, who posed as arms dealers, about their conversation with Marcos. He revealed to them his plan to invade the Philippines, overthrow Aquino, and restore himself as president.

Marcos fled to Hawaii in February 1986 during the EDSA People Power Revolution that installed President Aquino.

On this day, July 8, in 2007, in the Philippines, 2 small planes collided in the air and
crashed in a rice field north of Manila, killing two Indian citizens and a Filipino flight instructor.

On this day, In the Philippines, police in General Santos City arrested Nadzmie Sabtulah, a high-ranking member of the Abu Sayyaf Muslim extremists.