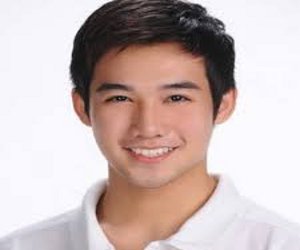 in the coming afternoon TV series “Destiny Rose” to be shown

be chosen to play the lead role.

He is preparing himself mentally and physically to better play

When Ken Chan was summoned by GMA Network, he thought that it

was an ordinary audition for the coming afternoon prime soap

acting workshop as well as the other Kapuso actor’s who

will play the lead role of the afternoon prime soup “Destiny

Destiny Rose is a new prime soap about a transgender.

Ken Chan admitted that he was made by GMA to walk, act, cry

and a total make over was made out of him.

At the end, he was chosen.

Ken said that in preparation for the role, he will make himself

He studied the personality of a transgender. He observed how

Favio Ide said that he will probably do an acting workshop