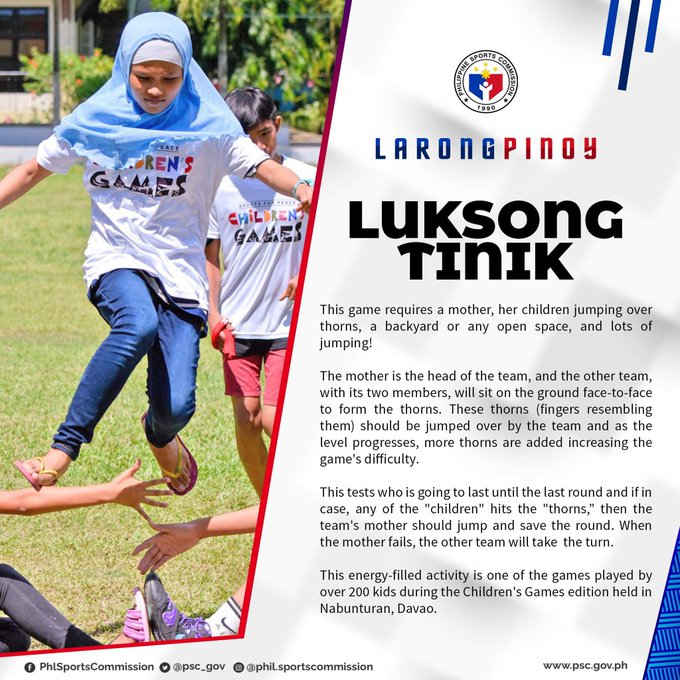 This game requires a mother, her children jumping over thorns, a backyard or any open space, and lots of jumping!

The mother is the head of the team, and the other team, with its two members, will sit on the ground face-to-face to form the thorns. These thorns (fingers resembling them) should be jumped over by the team and as the level progresses, more thorns are added increasing the game’s difficulty.

This tests who is going to last until the last round and if in case, any of the “children” hit the “thorns,” then the team’s mother should jump and save the round. When the mother fails, the other team will take the turn.

This energy-filled activity is one of the games played by over 200 kids during the Children’s Games edition held in Nabunturan, Davao.