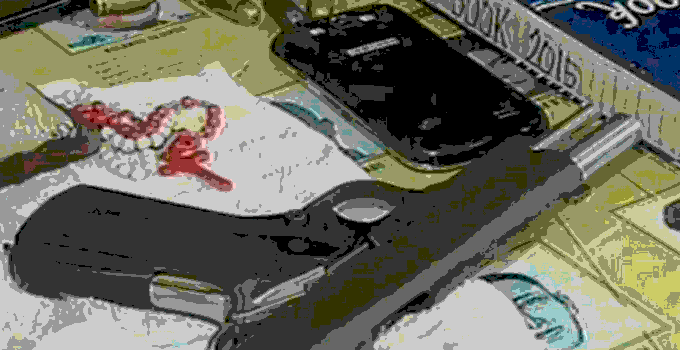 A PNP member assigned in Malabon, Philippines was arrested by Barangay

Batasan Tanod in Quezon City for allegedly physically assaulting a

a bus conductor and the barangay tanod’s who tried to arrest him.

PO3 Alejandro Frias Desiderio, a non-commissioned officer of the

Malabon PNP allegedly inflicted physical injury to the person of the

He was arrested by responding Barangay Tanod of Barangay Batasan

in Quezon City. He allegedly tried to fight back when arrested.

When he was tried to be interviewed by a reporter, he replied, I

the one at fault. He denied the accusation against him. He even

destroy your camera’s and videos.

According to one of the barangay tanod who arrested PO3 Alejandro

Frias Desiderio, the bus where he is a passenger stop at the

command post of the barangay tanod.It is here where at the same time

the conductor complained of the alleged physical injury inflicted

by PO3 Desidirio upon his person.

When two of the barangay tanod went up to arrest PO3 Desiderio, It

was then that the offending police officer pulled out his loaded

firearm which caused the passengers to panic.

Out of fear, some of the passengers jump out of the bus window causing

some of them to get hurt.

He even said that why would you arrest me, a police officer, you are

just a tanod and you do not have the authority to arrest me.

Aside from his firearm, a sachet of what is suspected to be a

marijuana, a prohibited drug in the Philippines was also confiscated

dangerous drugs act of the Philippines.