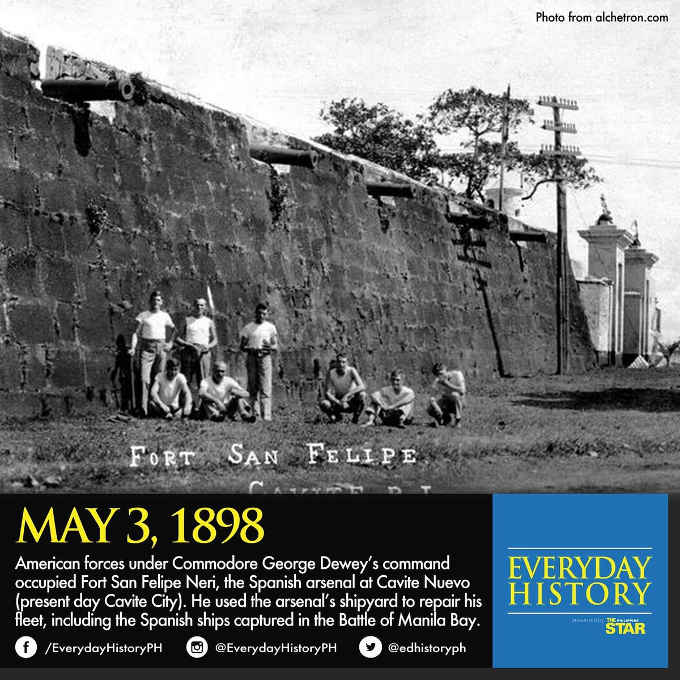 He used the arsenal’s shipyard to repair his fleet, including the Spanish ships captured in the Battle of Manila Bay.

On the same day, a small Spanish force garrisoned in Corregidor Island surrendered to American forces onboard the protected cruiser USS Baltimore, one of the ships in the US Asiatic Squadron under Dewey’s command.

On this day, in 2016, Domingo Siazon Jr., former Secretary of Foreign Affairs, died in Tokyo, Japan.