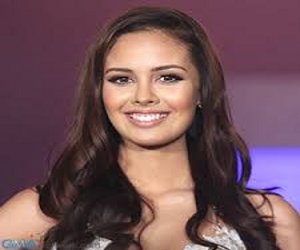 Megan Young was very emotional when she met former “Marimar”

Megan Young was a guest in yesterday’s show “Sunday Pinasaya”.

The Show is hosted by former “Marimar” star Marian Rivera.

[symple_testimonial by=”Megan Young” fade_in=”false”]Thank you so much ate Yan for the kind gesture. I am trying to hide my crying face (kasi mukha akong baby pag umiiyak). You are truly a woman beautiful inside and out. I will always keep in mind our little convo right before we got off the stage. Love you and congrats to you and kuya Dingdong.[/symple_testimonial]

According to Megan Young and Tom Rodriguez, the former stars

of “Marimar” are there inspirations especially Marian Rivera

They will have a different kind of approach in their roles.

Marimar’s story was slightly change to adapt to the present

give life to his character in his own way.

Megan Young said that she will do her best in this series. She

prepared real hard for this series. She worked out real hard

for her body as well as acting workshops.

Filipina Miss World, her role as Marimar will be her biggest

challenge as an actress. Being Miss World is a different

world she said, the entertainment industry is a very different

world and she has a lot to prove.

Marimar is scheduled to be shown right after “24 Oras”.