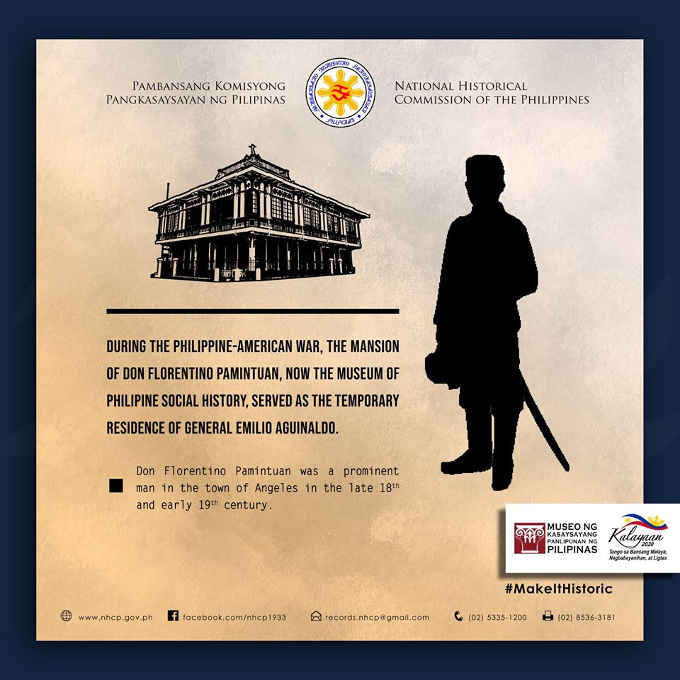 Did you know that from May to June 1899?, Pres. Emilio Aguinaldo turned the Pamintuan Mansion in Angeles, Pampanga, into his temporary residence? Hence, the 1st anniversary of the Proclamation of Independence was held in the area, in Barrio Santo Rosario, Angeles.

The Philippine Flag is now permanently hoisted in Angeles City’s heritage district among 12 other sites in the Philippines.

During the Philippine-American War, the mansion of Don Florentino Pamintuan, now the Museum of Philippine Social History, served as the temporary residence of General Emilio Aguinaldo.

The grand celebration of the first anniversary of the Philippine independence in 1899 was held in Barrio Santo Rosario, now The Heritage District of Angeles City.