Today, October 5, we celebrate 45 years of the establishment of formal diplomatic relations between the Philippines and Czech Republic.

The Philippines has one Foreign Service Post in the Czech Republic, the Philippine Embassy in Prague. 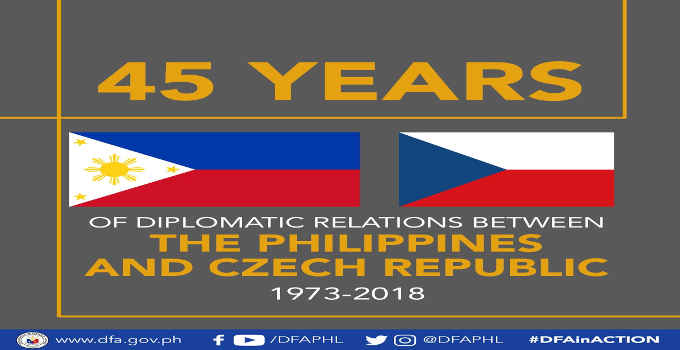 The Philippines and Czech Republic established diplomatic relations on October 5, 1973.

The Czech Republic is a landlocked country in Central Europe bordered by Germany to the west, Austria to the south, Slovakia to the east and Poland to the northeast.

It is a developed country. Czech is the official language. The population is 10,610,947 as of 2016 estimates. Its currency is called Koruna. 1 Koruna is equivalent to 2.41 Peso.

2018 is a good year for Filipino overseas workers (OFWs). Last January, the Czech Republic announced that it has approved 1,000 job openings for qualified Filipinos.

The reasons why the Czech Republic prefers to hire Filipinos are because of the following reasons: