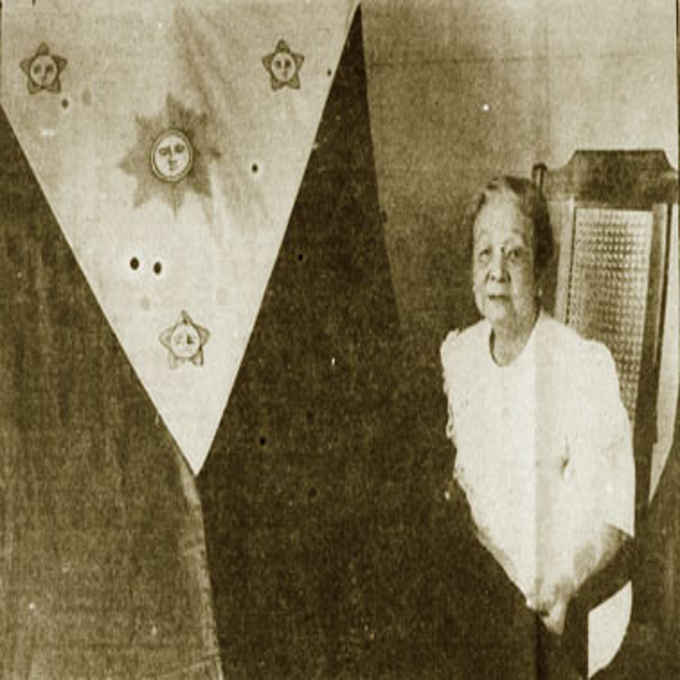 On this day, May 30, 2020 is the 74th death anniversary of Doña Marcela Mariño de Agoncillo, principal maker of the first Philippine National Flag. With her daughter Lorenza and Delfina Herbosa de Natividad, they completed the flag within five days.

To recognize her role in Philippine history, the Philippine flag is hoisted permanently at her home in Taal, Batangas which is now the Marcela Mariño and Felipe Agoncillo Museum. To honor her, and even the frontliners fighting COVID-19, let us display the National Flag in our homes, offices, and other buildings until 12 June.

Aside from making the First National Flag, Doña Marcela was also known for caring for Filipino exiles in Hong Kong during her family’s stay there (1896-1907). Among those she welcomed where Gen. Emilio Aguinaldo and Gen. Antonio Luna. All these she did even as they struggled, with her husband Felipe away while serving as a diplomat.

When she returned to the Philippines, Doña Marcela became known for her philanthropy. This was shown best during the Second World War when her family helped the prisoners at the Santo Tomas Internment Camp. Their Manila home was destroyed during the Battle for the Liberation of Manila in 1945.

Unfortunately, she was unable to see our independence finally recognized the next year. She died at the same home where she was born.

On May 30, 1946, Marcela Agoncillo, the lead seamstress of the first and official Philippine Flag, died in her home in Taal, Batangas at the age of 86.

Marcela was first interred beside her husband in the Catholic cemetery of La Loma in accordance with her last will. Their remains are interred at Santuario de Santo Cristo in San Juan City.

Their ancestral house in Taal was turned over to the National Government. It is now known as the Museo nina Marcela Mariño at Felipe Agoncillo maintained by the National Historical Commission of the Philippines.