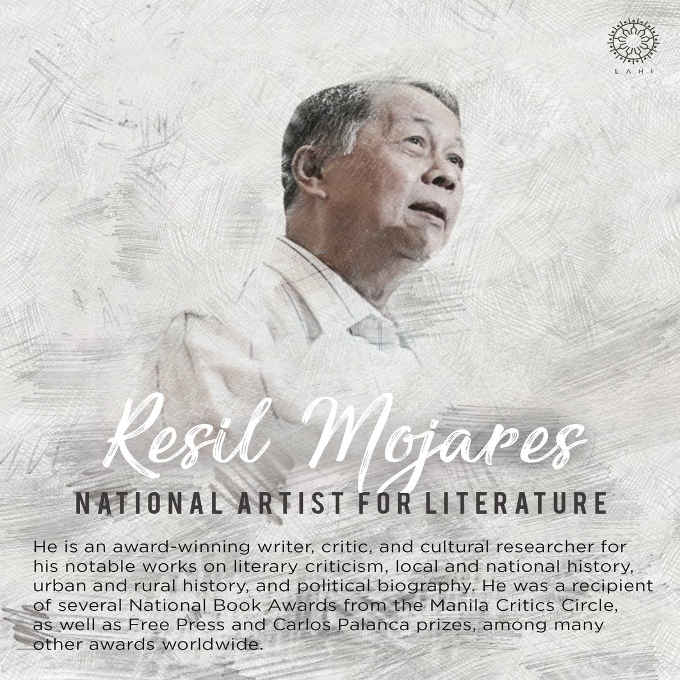 Resil Mojares is an award-winning writer, critic, and cultural researcher for his notable works on literary criticism, local and national history, urban and rural history, and political biography.

He was a recipient of several National Book Awards from the Manila Critics Circle, as well as Free Press and Carlos Palanca prize, among many other awards worldwide.

Resil B. Mojares is acknowledged as a leading figure in the promotion of regional literature and history.

As founding director of the Cebuano Studies Center, an important research institution which placed Cebu in the research and documentation map, he pioneered Cebuano and national identity formation.

As a leading figure in cultural and literary history, he networked actively in many organizations.

For over 50 years, Mojares has published in diverse forms (fiction, essay, journalism, scholarly articles, and books) across a wide range of disciplines (literature, history, biography, cultural studies, and others).

To date, he has 17 published books (3 more in the press) and edited, co-edited, or co-authored 11 books, and written numerous articles for popular and scholarly publications.