The PNP has a new counter-intelligence task force chief in the person of
Senior Superintendent Romeo Caramat.

He will now be in charge of probing scalawag cops.

Romeo Caramat Jr. will now be expected to take the lead in the Philippine
National Police internal cleansing efforts as scalawag cops have been
the perennial problem of the PNP. 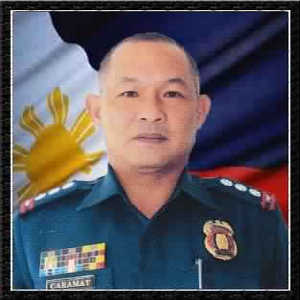 He is a product of the Philippine Military Academy Class of 1992.

He became prominent in his anti drug campaign in Bulacan which resulted
in so many lives lost.

He also once serve as the Chief of Police of Dagupan City in Pangasinan.