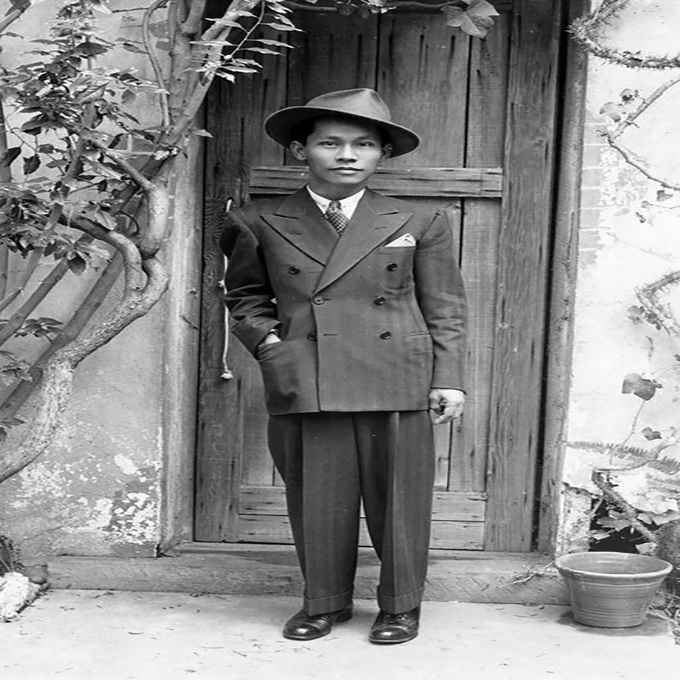 On this day, September 11, in 1956, the Pangasinan-born, English-language novelist, Carlos Bulosan passed away from bronchopneumonia in Seattle, USA. He is best known for his semi-autobiography, “America is in the Heart.”

On this day, September 11, in 1917, the kleptocrat and dictator Ferdinand Marcos, the 10th President of the Philippines, was born in Sarrat, Ilocos Norte. (@edhistoryph)

He is the son of local politician Mariano Marcos and teacher Josefa Edralin.

Barely before his 18th birthday, Marcos became involved in the assassination of Julio Nalundasan, his father’s political rival for the seat of the Second District of Ilocos Norte in the Philippine Assembly in the 1934 elections. He, along with his father, his uncle Pio Marcos and his father’s brother-in-law Quirino Lizardo was charged and convicted of murder in the Ilocos Norte court.

Marcos was given a sentence of 10 to 17 years because of his young age. While in prison, the young Marcos’s lawyers appealed his case to the Supreme Court. On Oct. 22, 1940, the Supreme Court overturned the guilty verdict against the Marcoses and Lizardo. Then Associate Justice and future president Jose P. Laurel wrote the verdict.

During his time in prison, Marcos reviewed for the bar examination and after cheating in the exams, got a score of 98.01. In view of his cheating, the Supreme Court gave him an oral examination, which resulted in his score being recalibrated to 92.5. Former Supreme Court Associate Justice Florenz Regalado remains the highest scorer in the Philippine Bar Examinations, with a score of 96.7.

Upon passing the bar, Marcos worked as a trial lawyer in Manila until the outbreak of World War II. Marcos claims he served in the United States Armed Forces in the Philippines during the war, attaining the rank of major. He even claimed that he was the “most decorated and valor-cited Filipino warrior” during the war. He allegedly received the Distinguished Service Cross, Silver Star and Purple Heart for leading a guerrilla unit called “Ang Mga Maharlika” against the Japanese.

Research by writer Tomas “Buddy” Gomez III and historians Alfred McCoy and Ricardo Jose, as well as by the National Historical Commission of the Philippines, citing documents and records from the US military, found no evidence of these honors. These records show that the US military rejected Marcos’ application for recognition of his “guerrilla unit.”

In 1965, he ran and won against incumbent president Diosdado Macapagal who was seeking reelection. He served as President for two terms, from 1966 to 1969 and from 1969 to 1972. His presidency saw increasing ties with the US, with Marcos opting to send a Philippine contingent to the ongoing war in Vietnam. Rampant graft and corruption, crony capitalism, nepotism unsustainable foreign loans to fund various infrastructure projects, and numerous human rights abuses also ran rife in his administration.

The imposition of Martial Law

To prolong his presidency, he declared Martial Law in 1972 with a pretext of saving the country from communism and creating a new society. As dictator, Ferdinand Marcos abolished Congress and the 1935 Constitution and ruled through issuance of presidential decrees.

He also ordered several political opponents and critics of his administration imprisoned and seized several private enterprises like ABS-CBN, Meralco and Philippine Airlines with the pretext of nationalizing them. He placed these companies under the control of his cronies and received kickbacks in return.

Ferdinand Marcos’ rule as dictator ended with the lifting of Martial Law in 1981 amid an impending visit by Pope John Paul II. By this time, his administration’s faced insurmountable debt of up to $24.4 billion, leading to a debt crisis that sent the Philippine economy plummeting and creating widespread poverty.

This was further exacerbated by the assassination of former senator and opposition leader Benigno “Ninoy” Aquino Jr. in 1983, which has been largely blamed on his administration.

Following the assassination of Aquino, Marcos’ popularity ratings dipped. In 1985, he called for snap presidential elections where he faced his rival, Corazon Aquino — Ninoy Aquino’s widow.

Amid widespread allegations of electoral fraud, a faction of the military headed by Defense Secretary Juan Ponce Enrile and AFP Vice Chief-of-Staff Fidel Ramos attempted a coup against Marcos in February 1986. When this failed, they implored for the help of millions of Filipinos to help as they were holed up in Camps Crame and Aguinaldo along EDSA.

Over two million people converged along EDSA in the historic 1986 People Power Revolution that deposed Marcos, restored democracy to the Philippines, and brought his rival Corazon Aquino to power.

Marcos spent the rest of his years in exile in Hawaii, facing numerous lawsuits brought about by his administration’s corrupt practices and human rights abuses. In 2006, a US appeals court granted $40 million in a frozen Marcos bank account to more than 9,500 victims of human rights abuses during the Marcos regime.

Marcos died of lupus in Honolulu, Hawaii on Sept. 28, 1989. His body was brought back to the Philippines in 1993 and placed at the Marcos Museum and Mausoleum in Batac, Ilocos Norte.

Following a widely criticized and condemned Supreme Court ruling on Nov. 8, 2016, the late dictator Ferdinand Marcos was buried at the Libingan ng mga Bayani on Nov. 18, 2016.