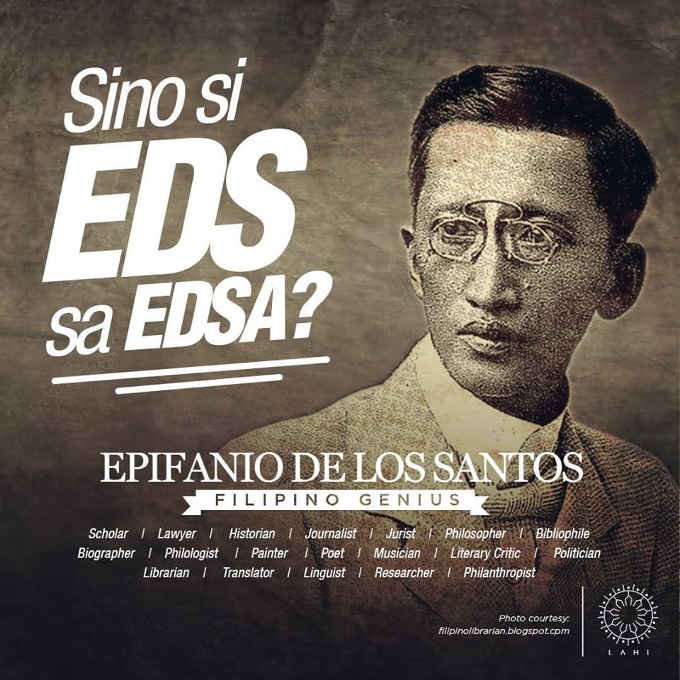 He is considered great among Filipino Scholars. EDSA, the longest and foremost street of the Philippines and the most popular Philippine road was named after him.

He was co-editor of the revolutionary newspaper La Independencia, and co-founder of the newspapers La Libertad, El Renaciemento, La Democracia, La Patria, and Malaysia.

He is a native speaker of Spanish, English, French, German, and Tagalog.

As a scholar, he contributed to the first studies in the Philippines of anthropology, ethnology, archeology, linguistics, and demography. He traveled to European museums and libraries to gather rare documents and materials about the Philippines.

As a statesman, De los Santos was elected governor of Nueva Ecija in 1902 and 1904. He was the first governor of the province to be democratically elected. After his term, he was appointed the provincial prosecutor of Bulacan and Bataan. In 1925, Governor-General Leonard Wood appointed him director of the National Library and Museum.