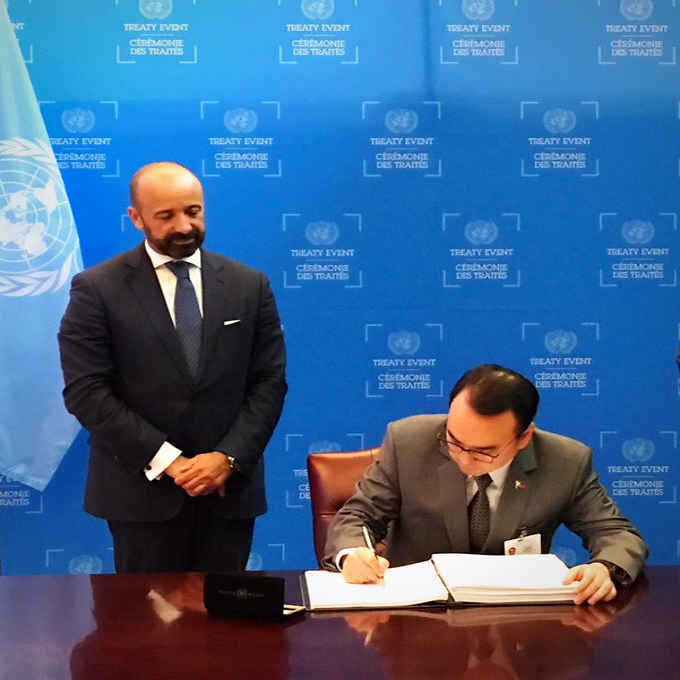 On this day, September 20, in 2017, the Philippines signed the Treaty on the Prohibition of Nuclear Weapons at the United Nations (UN) Headquarters in New York City, USA.

During the signing, Foreign Affairs Sec. Alan Peter S. Cayetano called on nuclear-weapon States to join the international community in making the world a safer place. He added that the world will only be safer if all countries eliminate weapons of mass destruction.

On this day, September 20, in 1949, the 4th Session of the United Nations (UN) General Assembly opened in New York City.

On this day, September 20, in 1943, the Japanese-sponsored political party Kapisanan sa Paglilingkod sa Bagong Pilipinas (KALIBAPI) held elections for the 108 members of the National Assembly of the Second Philippine Republic.

Of the 108 members of the National Assembly, 54 were elected from among members of KALIBAPI, which was headed by its director-general Benigno Aquino Sr. The KALIBAPI was the sole political party endorsed by the Japanese Military Administration at the time.

The rest of the seats were reserved for city mayors and governors from the Commonwealth Government who had survived the Japanese invasion of the Philippines. A total of 46 provincial governors and eight city mayors were appointed ex-officio members.