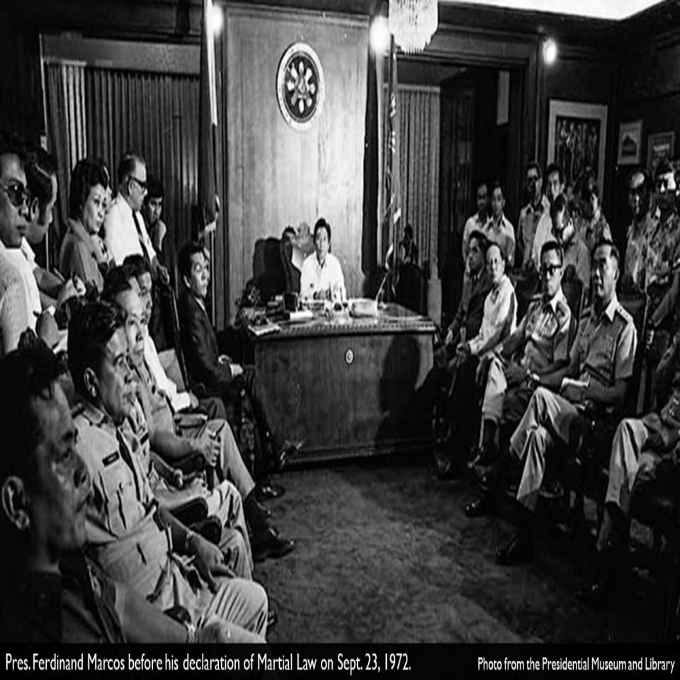 On this day, September 21, in 1972, Proclamation No. 1081, an order signed by President Ferdinand Marcos that imposes Martial Law throughout the Philippines, took effect.

Marcos issued the order to prolong his term in office, but with the pretext of “saving the republic from communism” and “creating a new society” that is on the brink of “political decay.” (@edhistoryph)

While the order was dated Sept. 21 (which Marcos also mentions in his televised declaration on Sept. 23), other sources such as Defense Secretary Juan Ponce Enrile and Acting Executive Secretary Roberto Reyes, claimed that the order was signed on Sept. 23. The Bangkok Post, meanwhile, in its “The Aquino Papers” series of articles from Feb. 20 to 22, 1973, claims that Marcos signed the order on Sept. 17 but post-dated to Sept. 21.

The order instructs the armed forces to maintain law and order, suppress all forms of lawless violence and any act of insurrection or rebellion, and to enforce obedience to all laws and decrees. Marcos had already suspended the writ of habeas corpus on Aug. 23, 1971, following the Plaza Miranda Bombing, allowing the military and the police to conduct warrantless arrests on what the regime calls suspected “enemies of the state.” (everydayhistory.ph)