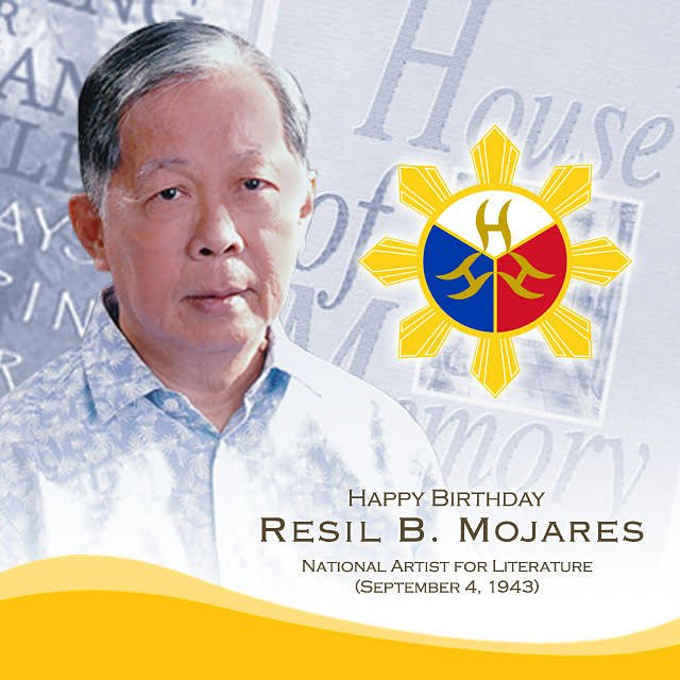 On this day, September 4, is the birth anniversary of Resil B. Mojares. He is a National Artist for Literature. He was born on September 4, 1943.

Resil Mojares is a teacher and scholar, essayist and fictionist, and cultural and literary historian, he is acknowledged as a leading figure in the promotion of regional literature and history.

As founding director of the Cebuano Studies Center, an important research institution which placed Cebu in the research and documentation map, he pioneered Cebuano and national identity formation.

As a leading figure in cultural and literary history, he networked actively in many organizations. For over 50 years, Mojares has published in diverse forms (fiction, essay, journalism, scholarly articles, and books) across a wide range of disciplines (literature, history, biography, cultural studies, and others).

On this day, September 4, 2019,  we celebrate 73 years of the establishment of formal diplomatic relations between the Philippines and Syria.

The Philippines established diplomatic relations with Syria in 1946.

With around 935 Filipinos in Syria as of January 2019, the Philippines has an Embassy in Damascus & Honorary Consulates in Aleppo and Abu Rumaneh. (@DFAPHL)

On this day, September 4, in 1929, Filipino newspaper publisher and journalist Max Soliven was born in Manila. He was one of the co-founders of The Philippine STAR, the country’s most successful broadsheet newspaper. (@edhistoryph)