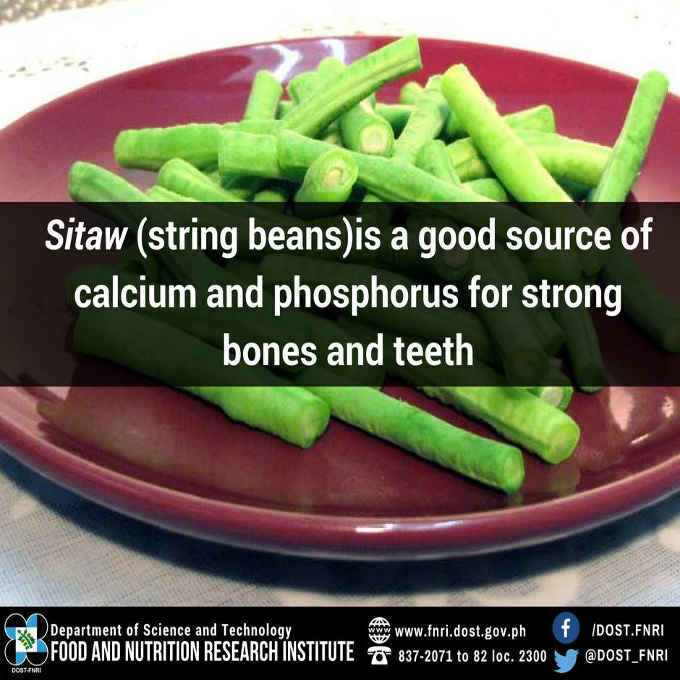 Sitaw Health Benefits You May Not Be Aware Of

Sitaw or string beans are a good source of calcium and phosphorous for strong bones and teeth.

Sitaw (Sitaw in English is string beans), is one of the most widely grown vegetables in the Philippines. It is a true legume and botanically more closely related to cowpea.

The tender pods are edible while the skin is still smooth and before seeds mature or expand. The young leaves and stem can be boiled or steamed and eaten as green vegetables.

Per 100 grams of fresh weight, the green pods can provide 2 grams protein, 8.2 grams carbohydrates, and a substantial amount of calcium and other minerals. When boiled, the young leaves are a good source of protein and vitamin A.

It is grown throughout the year but the best time to plant is from May to June for wet season planting and from October to November for the dry season.

Some of the popular Filipino dish using Sitaw as an ingredient are: