Did you know that Tee Han Kee was the first Chinese physician admitted to practice
medicine in the Philippines and saved the country from probable epidemic? 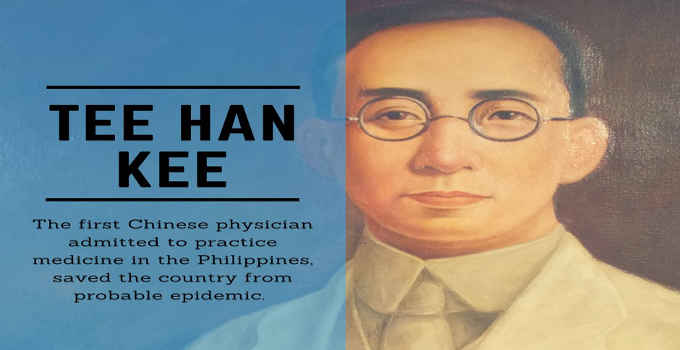 Tee Han Kee came to the Philippines in the 1900 to accept a position in the
new colonial government’s Bureau of health.

He became a leader in the Philippines of the overseas Chinese resistance
to the Manchu and after the success of Sun’s revolution, he was decorated for his
service to the new Republic of China.

Dr.Tee Han Kee became prominent in Philippine medical circles. He organized the
Chinese General Hospital and its school of nursing.

He was appointed municipal physician in the Manila Board of Health, then medical
supervisor of the Infectious Diseases Department of the Chinese General Hospital.

He  adopted the Christian name Jose and married a Filipina named Julia
Ong Sangroniz and assimilated to his adopted country, the Philippines.

Tee Han Kee is the father of Claudio Teehankee, the 16th Chief Justice of the
Supreme Court of the Philippines from 1987 to 1988.