Today, August 7 is the 40th death anniversary of Jovita Fuentes.

Jovita Fuentes is a national artist for music. 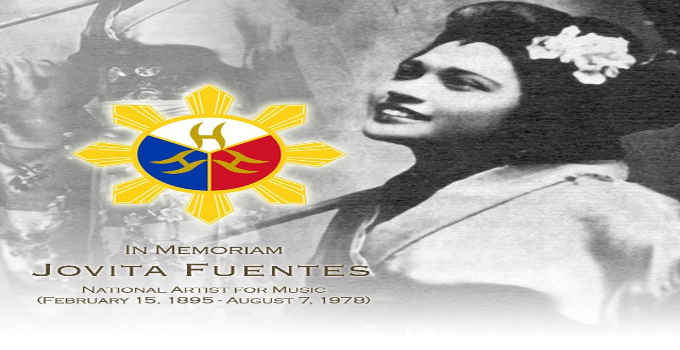 Her performance was hailed as the “most sublime interpretation of the part”.

This is all the more significant because it happened at a time when the Philippines and its people were scarcely heard of in Europe.

Prior to that, she was teaching at the University of the Philippines Conservatory
of Music (1917) before leaving for Milan in 1924 for further voice studies.

After eight months of arduous training, she made her stage debut at the Piacenza.

She later embarked on a string of music performances in Europe essaying the roles
of Liu Yu in Puccini’s Turandot, Mimi in Puccini’s La Boheme, Iris in Pietro
Mascagni’s Iris, the title role of Salome (which composer Richard Strauss personally offered to her including the special role of Princess Yang Gui Fe in Li Tai Pe).

In recognition of these achievements, she was given the unprecedented award of
“Embahadora de Filipinas a su Madre Patria” by Spain.

Her dream to develop the love for opera among her countrymen led her to found the Artists’ Guild of the Philippines, which was responsible for the periodic
“Tour of Operaland” productions. Her life story has been documented in the biography Jovita Fuentes: A Lifetime of Music (1978) written by Lilia H. Chung, and later translated into Filipino by Virgilio Almario. (NCCA)