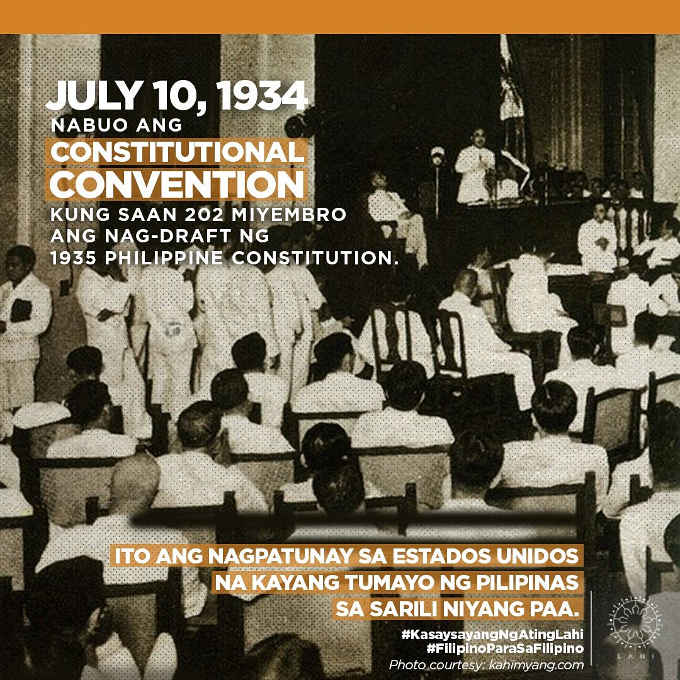 The constitutional convention (Philippines) was formed on July 10, 1934, with 202 members, drafted the 1935 Philippine Constitution.

This proved to the United States that the Philippines could stand on its own feet.

Headed by Claro M. Recto, the Constitutional Convention of 1934 was responsible for framing the 1935 Commonwealth Constitution which was approved by the United States on March 23, 1935.

The 1935 Constitution provided for a unicameral National Assembly and the President was elected to a six-year term without re-election.

The Constitution was amended in 1940 to have a bicameral Congress composed of a Senate and House of Representatives, as well the creation of an independent electoral commission. The amendment also granted the President a four-year term with a maximum of two consecutive terms in office. (kahimyang.com)