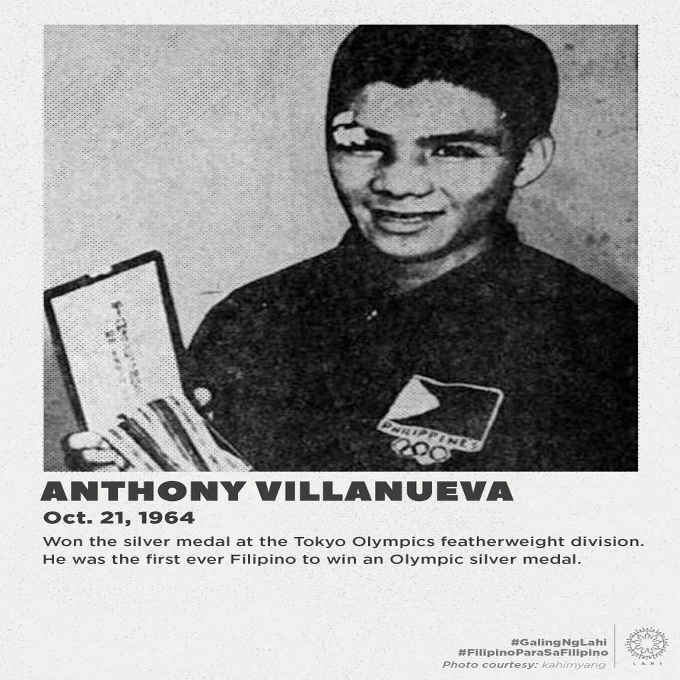 He was the first Filipino to win an Olympic silver medal.

He missed the gold in this Olympics after losing a controversial final gold medal match against Stanislav Stepashkin of the Union of Soviet Socialist Republics (USSR).

Anthony Villanueva is Acknowledged as one of the greatest Filipino athletes, he is the son of José Villanueva, a bronze medalist in the bantamweight division (54 kilograms) of the boxing competitions at the 1932 Olympic Games in Los Angeles, California, USA.

Likewise, the two Villanuevas hold the distinction of being the only father and son  Olympic medalists in Philippine sports history.

Shortly after the Olympics he turned professional but retired after five bouts. Besides boxing, Villanueva worked as an actor and boxing coach in the Philippines and as a  security guard in the United States.