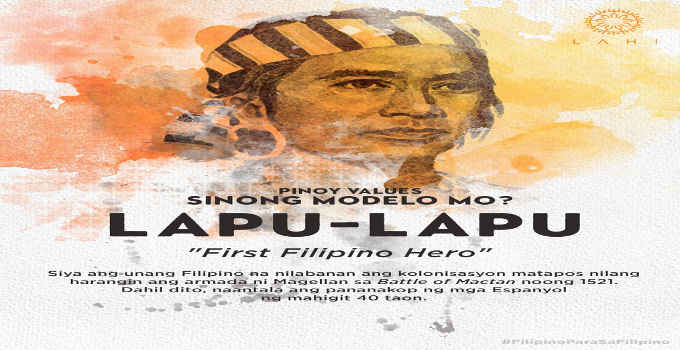 The first Filipino hero is Lapu-Lapu.

Lapu-Lapu was the first Filipino to fight colonization after he and his men blocked Magellan’s fleet in the Battle of Mactan in 1521.

This event consequently, delayed the occupation of the Philippines by Spain for more than 40 years.

This commemorates the victory of LapuLapu and his men over the Spaniards during the Battle
of Mactan on April 27, 1521.