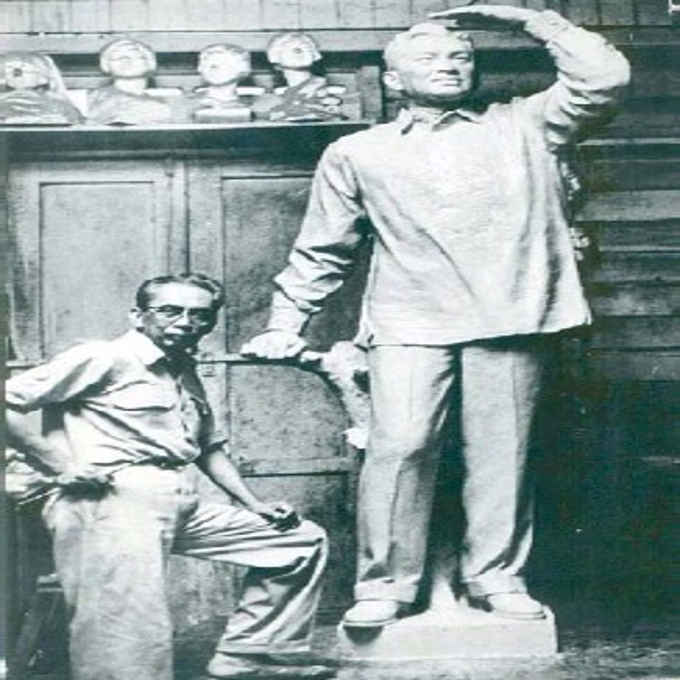 Today in History, July 24, in 1890, 130 years ago, Guillermo Tolentino, National Artist for Sculpture, is born in Malolos, Bulacan, Philippines. As one of the pioneering Filipino artists of his gen, he was instrumental in the iconography of many of the Philippines’ historical figures thru his works.

Context: Born in the decade of the Philippine Revolution vs. Spain, in Malolos, the capital of the 1st Philippine Republic, Tolentino was inspired, his imagination animated, by the ideas and the leaders of his era, manifesting thru his artistry.

His popularity began when his uncle submitted his art to Severino Reyes, Liwayway editor, who published the art in the Tagalog weekly magazine in 1911. It was entitled “Grupo de Filipinos Ilustres”—the 1st artistic attempt to create a pantheon of heroes.

Tolentino, then about to graduate Fine Arts at UP School of Fine Arts in 1915 excelling in sculpture & painting, never seemed to mind that he never earned from the artwork that soon became a popular display in Filipino homes in the early 20th century. In 1919 he went to the U.S.

There Tolentino worked as a waiter until he garnered scholarship at École des Beaux-Arts in France. He further studied in Regge Istituto Superiore di Belle Arti di Roma, in Italy, graduating with the highest honors in 1923. He went back to the Philippines and opened his own studio in 1926.

Making his own mark in sculpting, he was invited to become a faculty of the UP School of Fine Arts (now CFA), which he accepted. In 1930, he joined the national contest for the Bonifacio Monument design in Caloocan with 13 competitors, which he won.

In 1935, UP President Rafael Palma commissioned Tolentino to sculpt the Oblation, symbol of the University of the Philippines, to depict the 2nd stanza of Rizal’s “Mi Ultimo Adios.” The nude figure, Tolentino said, gestures “the act of offering himself” to encapsulate Rizal’s lines.

In the same year, the UP Alumni Association commissioned him to design a monument that would highlight the aggregate efforts of the People to establish the Commonwealth leading to independence. It was approved by Quezon administration but was overtaken by World War II.

After the war, Tolentino produced many other works, sculpting monuments and shaping the mental image of generations of the visages of Philippine historical figures. He was conferred the Order of the National Artists medal in 1973, the 7th to be awarded, prior to his death in 1976. (Kristoffer Pasion | @indiohistorian)