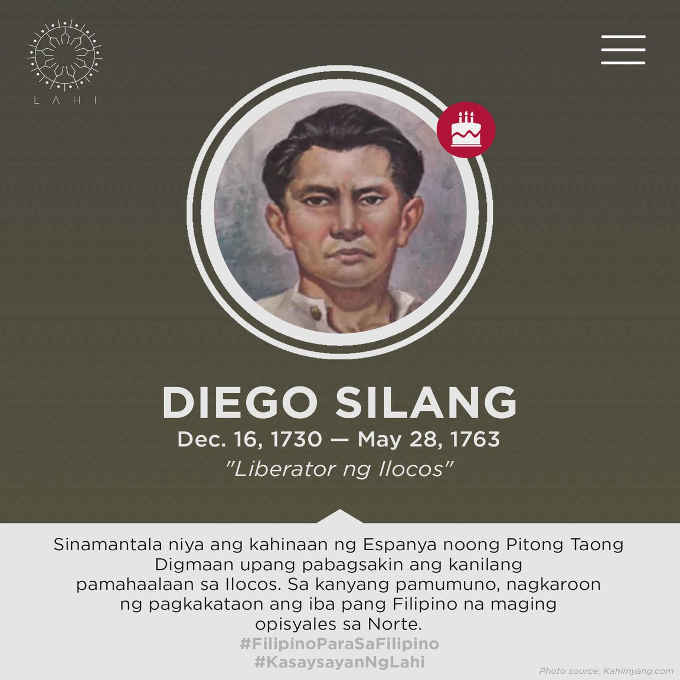 Today, December 16 is the birth anniversary of Diego Silang, the liberator of Ilocos.

In exchange for rewards from Audiencia, allegedly Diego Silang was killed by his close friends Miguel Vicos and Pedro Becbec in his fortress in Bigan. Let’s not do what they did to the “liberator of Ilocos”.

Diego Silang exploited Spain’s weakness in the “seven years war” to break down the Spanish government in Ilocos.

During his leadership, other Filipinos had the opportunity to become officers and government officials in the north.