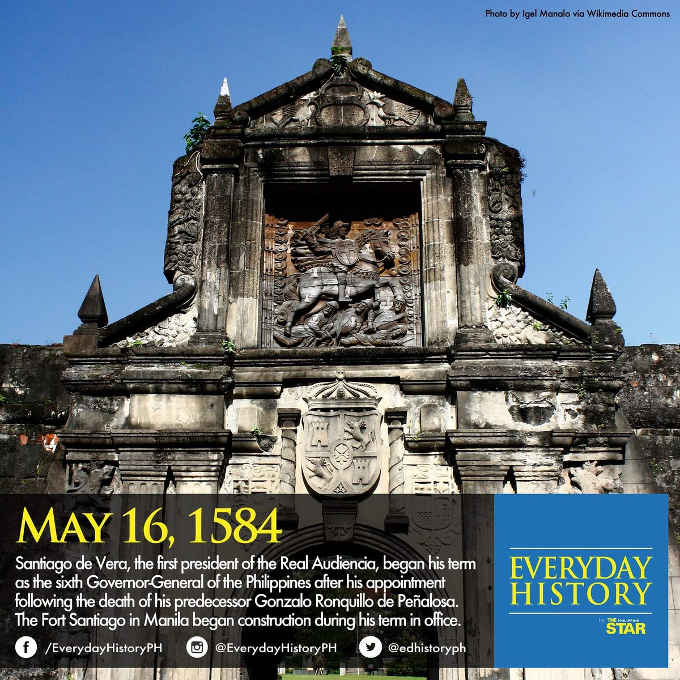 On this day, May 16, in 1584, Santiago de Vera, the first president of the Real Audiencia, began his term as the sixth Governor-General of the Philippines after his appointment following the death of his predecessor Gonzalo Ronquillo de Peñalosa.

During his term, the wooden palisade that protected Manila from foreign incursions was rebuilt in 1590 using stone and named Fort Santiago (after St. James). It was completed in 1593 during the term of Gomez Perez Dasmariñas.

He also decreed that all buildings and houses were constructed of stone to avoid fires that were common in the city.

This was after most of it was destroyed in the war by the Spanish with the Chinese pirates who besiege the area.

Remember that in 1574, the Chinese pirate Limahong attacked and destroyed Manila before the settlers could drive them off. Those who survived the attack had to rebuild the colony.