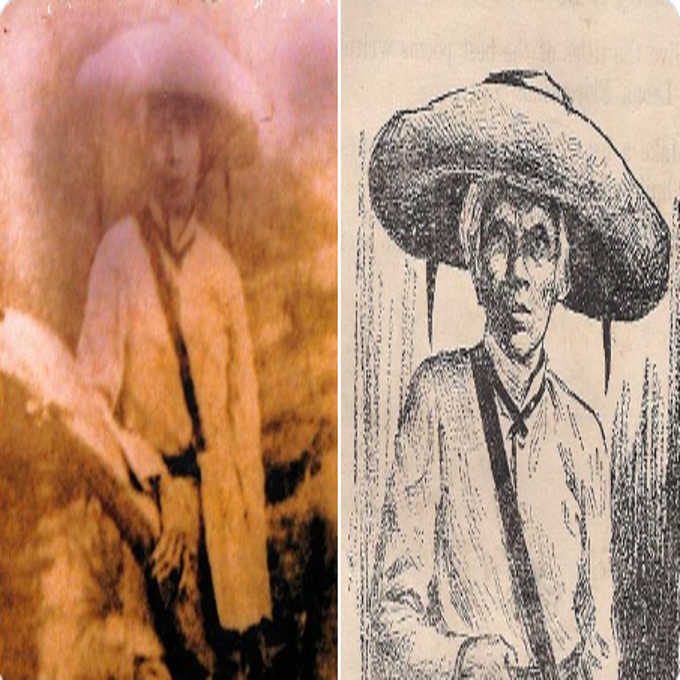 Trinidad Tecson, the fierce Filipina revolutionary leader, and eskrima fighter was born in San Miguel de Mayumo (now San Miguel), Bulacan on November 18, 1848. A veteran in combat, she joined the Katipunan in 1895 and fought and aided in Philippine Revolution and Philippine-American War.

Born as the daughter of the wealthy couple Rafael Tecson and Monica Perez, she was educated under the tutelage of a certain teacher of her town named Quintino. During her younger years, Bulacan had many bandits, so she trained on Eskrima under eskrimador Juan Zeto.

So good was her skill in combat that at one time, at night, a stranger trespassed at their farm. She took a bolo and hit the trespasser on the head. The man went away bleeding. Another incident was when an alferez who asked for her hand in marriage but was rejected sent Guardia civil to harass her and search her house for illegal tobacco, which she resolutely denied, even stopping them from entering. She once again wielded a bolo, used it skillfully, to the shock of the Guardia civil who were forced to leave the premises.

She became a member of the Logia de Adapcion, a Masonic lodge for women in the Philippines. By 1895, she joined the Katipunan. Even when it wasn’t required for women members to sign the Katipunan membership with their own blood, as was done with men, she signed hers with her blood anyway.

Tecson, with a small group, was able to avail much-needed arms and bullets for the Katipunan from Caloocan, by attacking the Guardia civil in the area. She also did the same operation in San Isidro, Nueva Ecija but was discovered due to a mole among aides. She slimly escaped.

Tecson was famous for wearing Filipino men’s uniform on the battlefield, with a huge hat, making her indistinguishable from her fellow fighters. She fought under the command of Gen. Gregorio del Pilar and served as Commissary of War in Malolos from 1898-1899.

In the latter part of 1899, during the Philippine-American War, she was among the Filipino wounded, tending to their wounds and getting the much-needed supplies as many battalions retreated. It was her humanitarian efforts that garnered her the title “Mother of the Philippine Red Cross.”

When the defeat of the 1st Philippine Republic was imminent, she went back to her own small livelihood of selling meat in Nueva Ecija. She was recognized as a heroine of the Philippine Revolution, alongside other Filipina women like Tandang Sora.

Tecson died in 1928 having lived a full life at the age of 80. She was honored by having been buried in the plot reserved for the veterans of the Philippine Revolution at the Manila North Cemetery.

Photos:
– Rare photo of Trinidad Tecson, circa 1899, from @NHCPOfficial
– A mock-up sketch of the same photo, source unknown