NFA Kontra Abuso will be a watch body to fight against NFA Rice diversion,
rebagging, mixing, and adulteration. 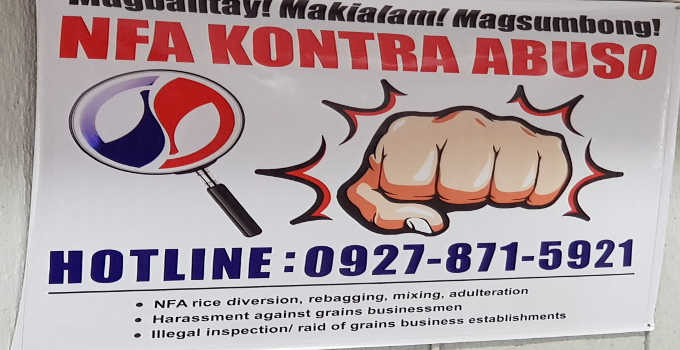 Everybody is encouraged to call or text a message to the NFA Phone Number or NFA Hotline 0927-871-5921 and report any of the following acts:

The NFA Kontra Abuso program according to spokesperson Rex Estoperez is one way to ensure “prompt action” on violations committed by government enforcement agencies.

There will be a Task Force Kontra Abuso (TFKA) that will monitor texts and calls
from the public 24/7.