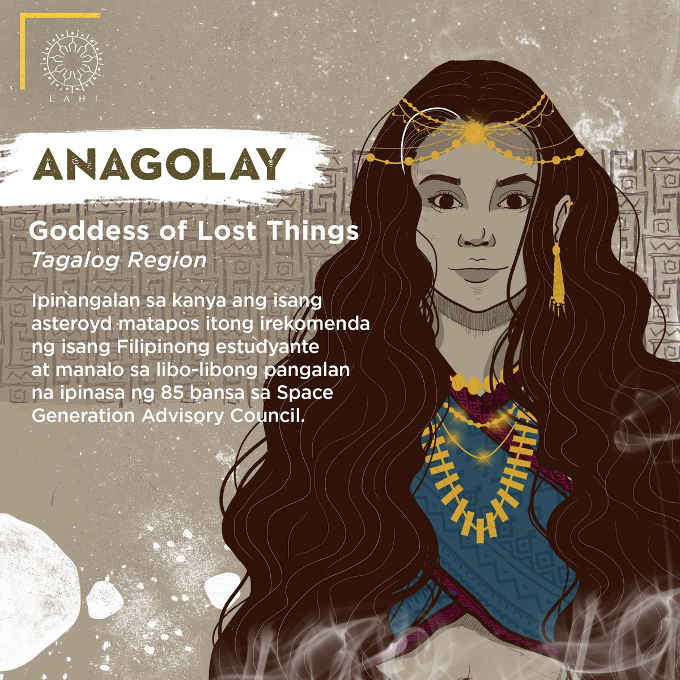 An asteroid was named after her. It was recommended by a Filipino student named Mohammad  Alon and won from the thousands of names passed by 85 countries in the Space Generation Advisory Council.

Anagolay was the daughter of two major Tagalog deities–Ikapati and Mapulon. When she reached the right age, she married the hunter Dumakulem and gave birth to two more deities: Apolaki and Dian Masalanta, the ancient gods of sun and lovers, respectively. (Tagalog Mythology)