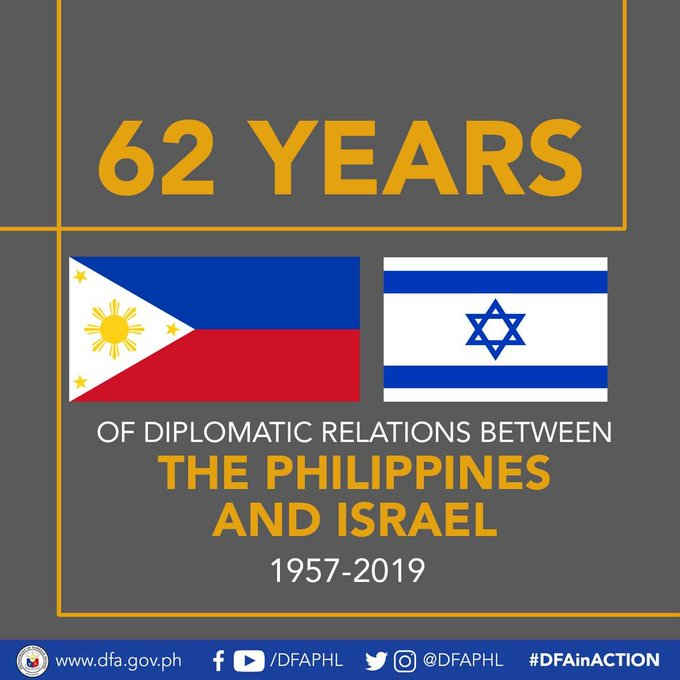 On this day, August 9, we celebrate the 62nd year of the establishment of formal diplomatic relations between the Philippines and Israel.

The Philippines has an Embassy in Tel-Aviv.

On this day, August 9, in 1982, the first meeting of the United Nations Working Group on Indigenous Populations of the Sub-Commission on the Promotion and Protection of Human Rights was held. Later, 09 August was declared as the International Day of the World’s Indigenous Peoples worldwide.

On this day, August 9, in 1906, Filipino governor and guerrilla leader Roque Ablan Sr. was born in Laoag, Ilocos Norte.

When Japanese forces invaded the Philippines in 1941, Ablan fled to the mountains between Ilocos Norte and Apayao. In January 1942, he and Lt. Feliciano Madamba established the Ablan-Madamba Guerrilla Group of Northern Luzon.

His group triumphed in the Battles of Banna and Pampaniki. He was last seen alive in the Battle of Bumitalag in Piddig on Feb. 5, 1943.