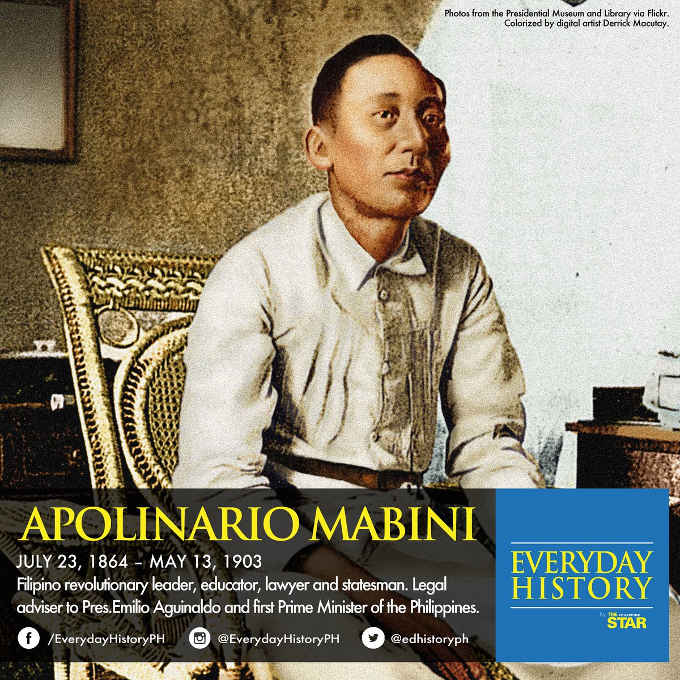 On this day, May 13, in 1903, Apolinario Mabini, the so-called “Sublime Paralytic”, Prime Minister of the First Republic and chief adviser to Philippine President Emilio Aguinaldo, died of cholera at his brother’s house in Nagtahan, Manila.

Apolinario Mabini was born on July 23, 1864. He was a Filipino revolutionary leader, educator, lawyer, and statesman. He was also the first Philippine Secretary of Foreign Affairs.

As Aguinaldo’s Foreign Affairs Secretary, Mabini was tasked to win international recognition for the Philippines as an independent state and to establish diplomatic relations with other countries.

His remains were buried in the Manila Chinese Cemetery, then moved to the Mausoleo de los Veteranos de la Revolucion, and laid in its final resting place in Tanauan, Batangas in July 1965.