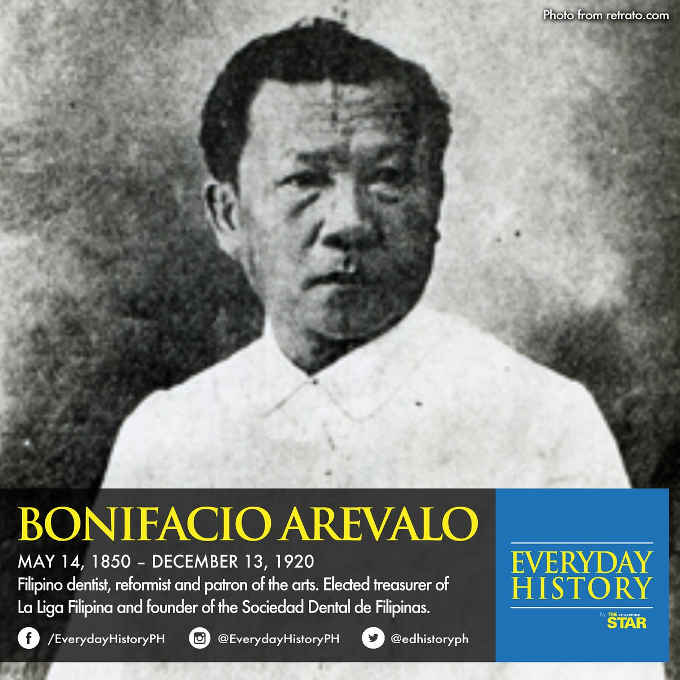 On this day, May 14, in 1850, Filipino dentist, reformist, and patron of the arts Bonifacio Flores Arevalo was born. He learned dentistry from his uncle and foster father Don Jose Arevalo (also known as Capitan Cheng-Cheng), the first Filipino dentist.

He was elected treasurer of La Liga Filipina and founder of the Sociedad Dental de Filipinas.

He opened a dental clinic in Quiapo, Manila in 1876. In 1892, he joined Rizal’s Liga Filipina and was elected treasurer. He is also the founder of the Sociedad Dental de Filipinas, the first professional organization for Filipino dentists.

It was first amended on June 18, 1940, where the President and the Vice President enjoyed two four-year terms, the National Assembly became bicameral: the Senate and the House of Representatives, and the Commission on Elections (COMELEC) was created.

Another amendment was made on March 11, 1947, to accommodate the Parity Rights, or the right of American citizens to utilize the natural resources of the Philippines.

Except during the Second World War (1942-1945), the 1935 Constitution remained in force until 1973, when a new Philippine Constitution superseded it.