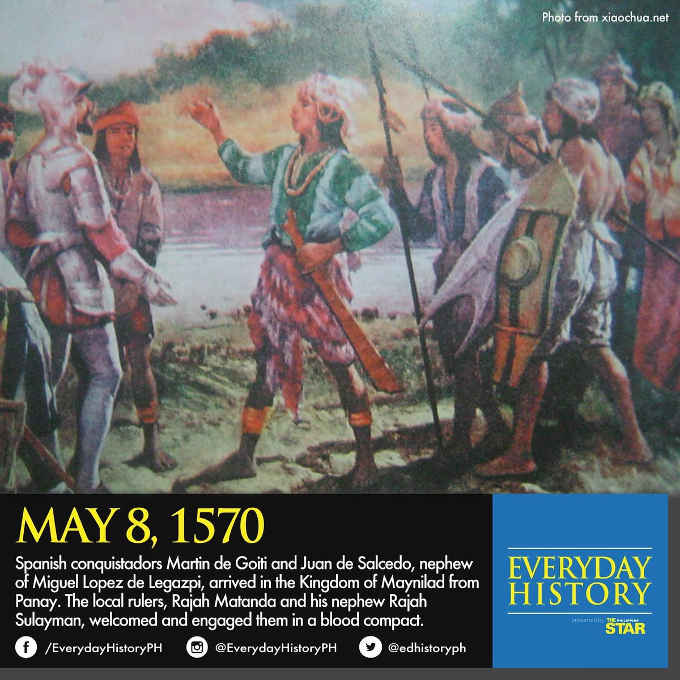 On this day, May 8,  in 1570, Spanish conquistadors Martin de Goiti and Juan de Salcedo, nephew of Miguel Lopez de Legazpi, arrived in the Kingdom of Maynilad from Panay while on a mission to explore the northern portion of the Philippines.

The local rulers, Rajah Matanda and his nephew Rajah Sulayman, welcomed and engaged them in blood compact.

They found that Maynilad had a better anchorage and more trade activity than Panay or Cebu, making it a more suitable capital for the newly colonized Philippines. Goiti later went back to Panay to report to Legazpi, who decided to colonize Maynilad. 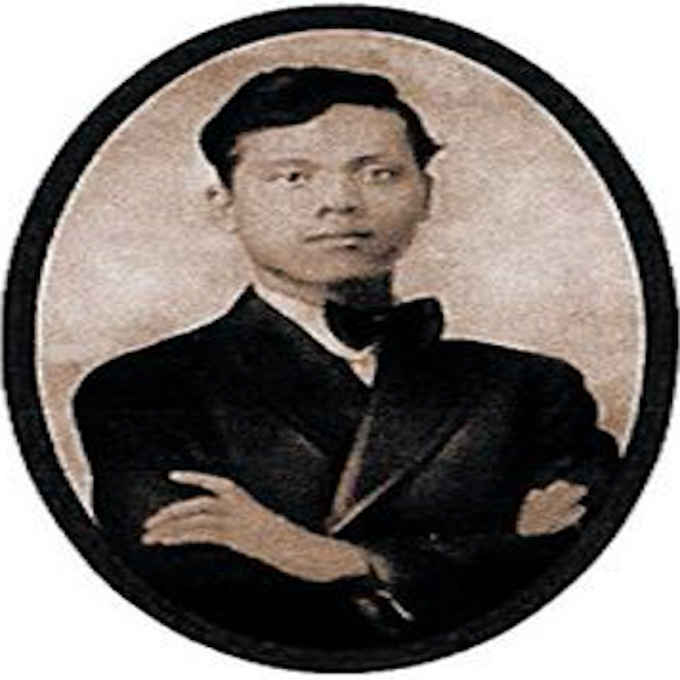 On this day in 1892, Tomas Claudio was born in Morong, Rizal.

He is known as the only Filipino casualty during World War I, killed by enemy fire in Château-Thierry, France.

Private Tomas Claudio enlisted in the US army. 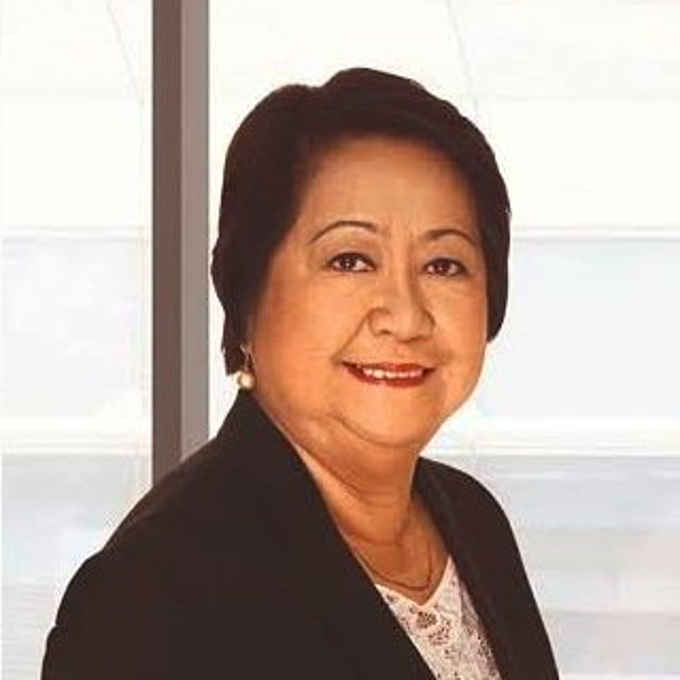 On this day, May 8, Former Civil Service Commission chairperson Karina Constantino-David has died at the age of 73. She is the daughter of nationalist historian Renato Constantino and writer Letizia Constantino.

She was a former member of the Government Service Insurance System (GSIS) Board of Trustees.

David was the wife of Professor Emeritus Randy David of the University of the Philippines Diliman and daughter of the renowned historian Renato Constantino. She was also the mother of journalist Kara David and UP Diliman geology professor Dr. Carlos Primo David.(wikipedia)

Like her parents, she is a critic of the Marcos regime and an advocate for human rights. She and Becky Abraham formed the activist singing duo Inang Laya in 1981.

As CSC chairperson, she criticized the lack of sufficient educational background of many government officials and worked to dismantle the “palakasan” system in appointing public officials.