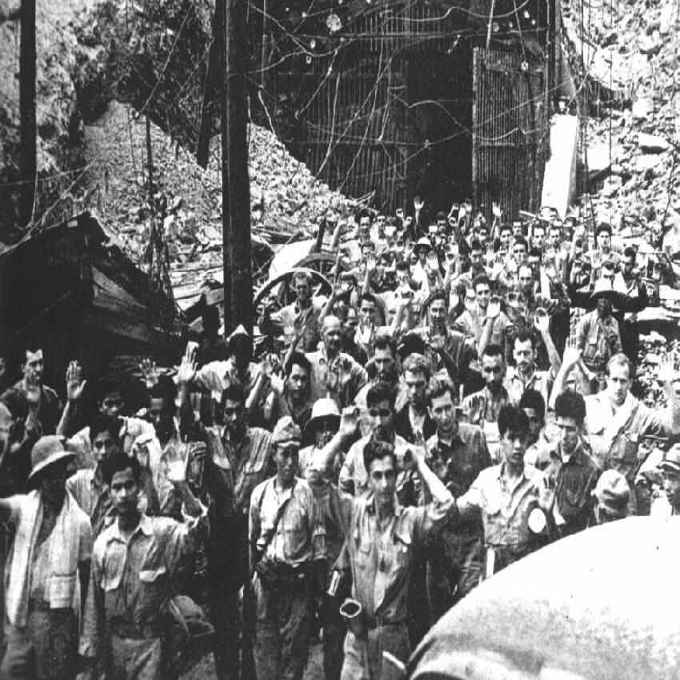 On This Day, May 6, 1942, the island fortress of Corregidor fell to the Japanese Imperial Army. It was the last bastion of Filipino and American forces against the Japanese invasion, following the fall of Bataan almost a month earlier, on April 9.

The besieged United States-Filipino army in Bataan finally crumbled on April 9, 1942. Lt.Gen. Jonathan Wainwright (who assumed command after Gen.MacArthur was ordered out by President
Roosevelt and left for Australia on March 11, 1942) fought on from Corregidor with a garrison of about 11,000 men.

After his capitulation, the Japanese forced the surrender of all remaining defending units in the islands by threatening to use the captured Bataan and Corregidor troops as hostages. Many individual soldiers refused to surrender, however, and guerrilla resistance, organized and coordinated by U.S. and Philippine army officers, continued throughout the Japanese occupation.

Several laws and administrative/executive orders had been issued in the past designating varying dates for the celebration of Bataan Day and/or Araw ng Kagitingan.

There was a time when Araw ng Kagitingan was observed on May 6 pursuant to Let­ter of Instruction No 1087 issued on November 26, 1980.(mb)

Beginning 2011, by virtue of an­nual presidential proclamations, Araw ng Kagitingan (Day of Valor or Bataan Day) has been observed on April 9.