Secretary Locsin is in Brussels to represent President Rodrigo Duterte in the
biennial summit that brings together leaders of Asia and Europe.

During their meeting, Secretary Locsin and Prime Minister Rutte discussed the state
of relations between the Philippines and the Netherlands and steps both countries
could take to further strengthen bilateral cooperation. 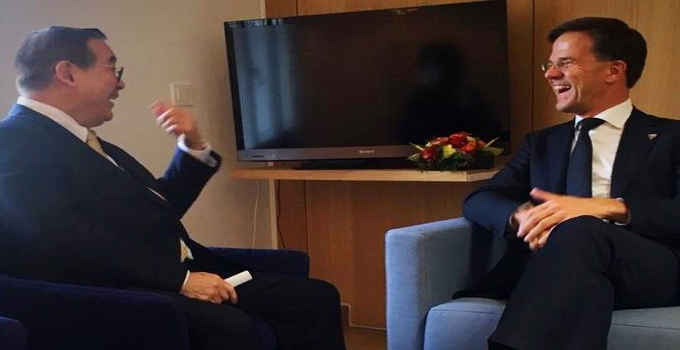 The Image above shows Foreign Affairs Secretary Teodoro L. Locsin Jr. and Dutch
Prime Minister Mark Rutte enjoy a light moment during their bilateral meeting
on the sides of the Asia Europe Meeting (ASEM) in Brussels on Friday.